MAGIC FROM THE WAVING FIELDS OF TRANSYLVANIA... 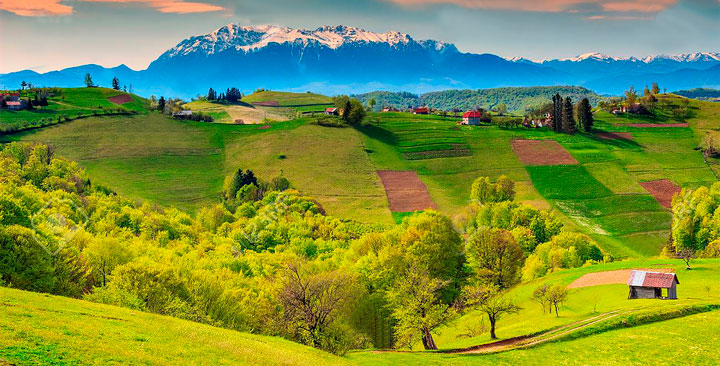 Transylvania. Home of Bram Stoker´s terrible and fictional character, Dracula. And, for millenia home of a magical and real inhabitant: Hemp.
Transylvania is a place few Westeners have visited. In Roman times it was named Dachia. Spartacus is said to have come from here (and Dracula is a dramatised character, based on the historically true Vlad Tepes, who ruled here in the middle ages). Cluj-Napoca, the capital of Transylvania, was once a Roman garrison-city. The language of today is, in fact, Romanian.
When I first flew in over Cluj-Napoca, center of today´s Romanian Hemp Textile industry, the country reminded me of Piedmont, Italy. Just more wild. It is so beautiful here. Sweeping hills with vines, grain and, like in Piedmont: truffles (black, not white as in Piedmont). Other places you find hemp-fields, fighting off all kinds of bugs, weeds and fungi, using THC as a weapon instead of the Roman Gladius of old times. A dramatic landscape with a rich history showing itself off. HRH Prince Charles is said to have bought land here.
Talking about Brits, I actually met Tim Stoker, a grandchild of Bram Stoker during a stay in London back in the day. So, in many ways, our company is connected to this magical region, from where we get our hemp textile.
Today, the magic of Hemp is being re-discovered all over the world. At HEMP CPH we make home textiles for the bedroom, nursery, kitchen, bath, the boat and more… Boat…? Yes. You may have heard something about hemp ropes on ships and boats. This is true, and sails, too! Hemp does not rot and stays fresh, even under the most challenging conditions of moisture, salt, bugs and fungi onboard the old Scooner or Clipper. Sturdy and coarse when used on deck, soft and luxurious when used below deck (and at home).
As part of the former European East Block Romania´s hemp industry did not suffer too badly from the Western ban on Hemp, lead by USA in the 1930´es. Therefore, the knowledge and craftsmanship required to farm and to produce high-quality hemp textile was never forgotten.
So, this is where we get our hemp textiles. We consider them to be almost magical. We believe you will agree, if you get to know it. You can touch and feel at our retailers. Or you can buy (and regret, which you won´t)) via our webshop, right here.